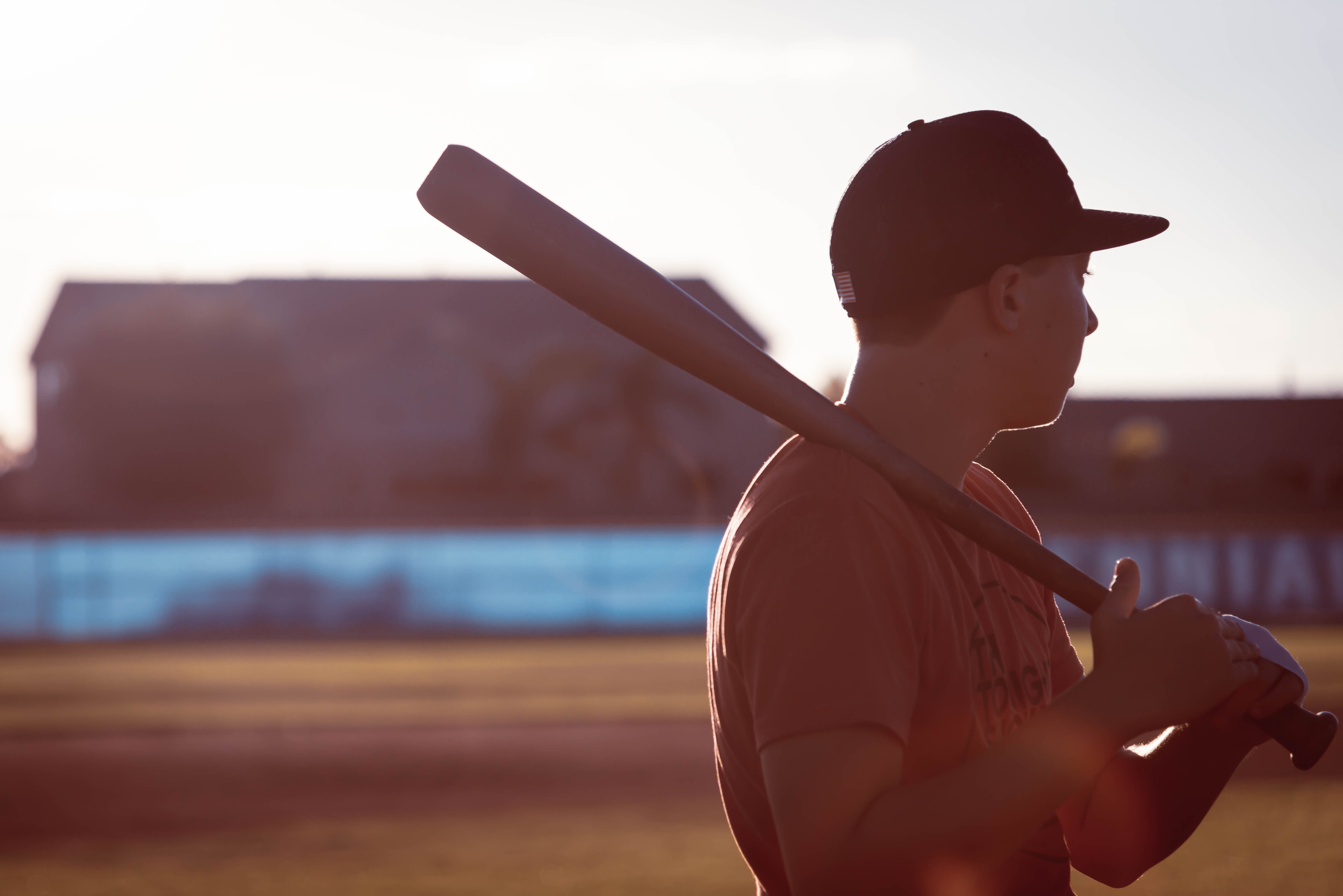 Games are played at the Prairie Field Softball Complex and the age of eligibility is high school freshman and older.

There will be 7 male players and 3 female players in the defensive line-up at a time for each team.

[Rule 1] Games are scheduled for 7 innings. If a game reaches a time limit, darkness causes the continuation of the game to be a risk, or inclement weather makes it unsafe to play, 4 innings will be considered a complete game.

[Rule 3] There is a run cap rule of 5 runs per inning. If a team is ahead 5 runs they can score 5 more; if behind they can score until they are 5 runs ahead. When a run cap occurs, all runs scored during the last play will count until the play is ended.

[Rule 4] There will be no new inning after 60 minutes. All innings that start will be finished.

[Rule 6] In the event of a tie game with time remaining in the game; extra innings will start with the last batter to have batted on second base. If game time expires with the score still tied, the game will end in a tie.

[Rule 7] HOME RUNS: One team can never be more than 2 over-the-fence home runs ahead of their opponents total. If they hit an over-the-fence HOME RUN when they are 2 home runs ahead it will result in a dead-ball out. The“Hit & Sit” rule is in effect. EACH TEAM IS RESPONSIBLE TO FIND AND RETRIEVE THEIR OWN OVER-THE-FENCE HOME RUNS. If an excessive amount of home run balls are not retrieved by a team (administration’s judgment) they may be charged for the softballs.

[Rule 8] HALO: Lines will be chalked 1 foot from the edge of the pitcher's plate. If a hard hit ball passes the pitcher between the lines and below the pitcher’s head (standing straight up) a dead ball out will be called. NOTE: A ball that passes over the head of the pitcher by either a fly ball or a high bouncing ground ball is a legally hit ball. It is solely the discretion of the umpire as to whether the ball is ruled a HALO and may not be challenged or argued. If the same batter is called for a HALO violation twice in one game, that batter continues to play defense but is an automatic out in the batting order the rest of that game.

[Rule 10] There will be a RUN THROUGH LINE at home plate. The RUN THROUGH LINE will be pre-chalked or drawn by the Umpire. The line will be roughly 1 foot out from the left edge of the batter’s box and extend 6 to 8 feet. A defensive player with the ball must touch home plate for a force out on the runner(s) passed the COMMITMENT LINE. In order to be called safe, the base runner must have his/her foot down on or over any part of the line prior to the defensive player in possession of the ball touching home plate. The baserunner MAY NOT run through the batter’s box or touch home plate.

[Rule 11] No player (male or female) may encroach upon a hit ball (not in effect on thrown balls) in the close vicinity of a teammate who is attempting a play on the ball. This includes calling off another player, but with the exception of a ball tailing away from a player ready for the play (Umpires Judgement). An example would be an outfielder waiting for a fly ball slowly drifts next to another outfielder. The penalty shall be a dead ball and the batter is awarded a double; all runners advance as forced.

[Rule 12] When a female batter is up to bat there will be an ENCROACHMENT LINE in the outfield that no outfielder may pass until after the ball crosses home plate. It is on the honor system; no penalty will be assessed. Please practice good sportsmanship and honesty.

[Rule 14] Base-stealing or leading off of a base is not allowed.

[Rule 15] In a double-play situation the baserunner on first base must slide according to ASA rules. According to our rules, the baserunner IS NOT REQUIRED TO SLIDE if they run into the outfield early enough to not interrupt a throw from the defensive player at second base to first base, or interfere with the defense in any other way, at any other position.

[Rule 17] Music IS NOT allowed during warm-ups or games. It can be a distraction to other games being played on nearby fields.

[A] There is no roster minimum, but be advised on the line-up restrictions.

[B] Teams may pick up other players from the league without penalty if they adhere to the following stipulations:

[C] Defensive line-ups shall consist of at least 3 players of each gender. If a team has only 2 women available at game time, they can start the game and play with one of two options: 1) play 2 women and 7 men on defense, with a ghost female (JANE DOE) in the batting order who is an automatic out whenever it is their at-bat; OR 2) play 2 women and 6 men on defense and bat 8 with no penalty. If a third female shows up they may be added to the bottom of the batting order in either scenario.

[D] If a player cannot finish a game due to injury can be removed from the batting order without penalty provided gender minimums are still met.

[E] Teams are required to bat their roster so everyone has the opportunity to participate (providing minimum gender requirements can be met). There is no requirement to alternate player genders in the batting order as is common in traditional 5 and 5 Co-Ed.

[A] Teams are responsible for their own uniforms. There is no enforcement on matching colors, but players should have a number. Players may wear pants or shorts at their discretion, as long as the shorts are appropriate in style, modest in length (not extremely short) and demonstrate decorum.

[B] All bats must contain the USA/ASA stamp (or be USA legal) and not on the banned bat list. Bats will be declared illegal by the umpire, not league personnel, and should be done so before the game, but can be done at any time.

[C] Players must wear shoes (appropriate shoes) at all times. Metal cleats are not allowed.

[D] Any player who desires to wear a protective mask or (legal) headgear may do so if they provide their own.

[E] Game balls will be provided by the league; teams must provide their own practice balls.

[A] If scheduled games have the ability to be canceled without teams being forced to show up at the field they will be; if not, both teams MUST show up and be ready to play at the scheduled time to avoid a forfeit.

[B] The decision to cancel a game due to inclement weather or field conditions will be made by the Prairie Fields Director and groundskeeper and will be available on their facebook page. It is each team’s responsibility to make themselves aware of rain-outs.

[C] The first option for making up a rainout will be to add an additional game on a game day later in the season. If that is not possible, the end of the season may be pushed back (if possible) to accommodate the makeup; the goal is that no team lose the opportunity to play any of the games on their schedule. As a last resort game(s) could be made up a different day. If a game(s) is lost to weather and, after every option has been exhausted, the game(s) cannot be made-up, LEGACY Sports is not responsible for the lost game(s).

[D] When a game is a forfeit, the teams may still play the game for fun despite the fact the outcome has already been determined. The final score of the game will be 7-0 according to ASA rules. Once a game has been declared a forfeit, any player eligible to play in the LEGACY SPORTS Co-Ed Softball League may fill in only for the team that is short players.